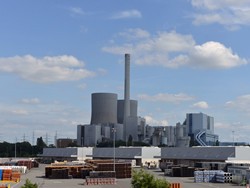 Many experts claim that the economic recovery that’s been recently fueled by U.S. manufacturers is not only slowing down, but that it’s almost at a standstill. There are many factors that indicate such a possibility, but no definitive conclusions have yet emerged.

Because of the overall instability of the global marketplace, exports are down across the board. Additionally, the uncertainty surrounding the outcome of the presidential election in November leaves manufacturers wondering about taxes and potential government contracts. With an ongoing stalemate over government spending and tax policy, as well as concerns over Europe and Japan’s ailing economies, it’s not quite clear what is the best way forward. One positive sign is that the housing market seems to be making a recovery, but this alone won’t be enough to add much-needed stability.

Some economists — like Josh Shapiro, the chief economist for MFR Inc. in the United States — believe there is a 50% chance for another recession in the U.S. over the 12 next months. Many experts argue that it’s not Europe or Japan that should be fretted over, but the deadlock in our own government when it comes to taxes and spending that is the biggest threat. If Democrats and Republicans are unable to reach an agreement, then the scheduled tax hikes and deep spending cuts poised to begin next year could be the triggering event for a “fiscal cliff.”

Because many manufacturers maintain contracts in the defense sector, the potential $500 billion in cuts over the next 10 years create more doubt than confidence at home. Despite posturing on both sides of the aisle, experts know that the best approach for now is to wait it out and see what direction the next administration will dictate.

Originating as a trucking company in Chicago more than a decade ago, B.L. Duke has deftly evolved with market trends over the years. Recognized as experts in recycling, demolition, and heavy hauling, we maintain operations in Chicagoland and St. Louis. Committed to serving area businesses as well as the environment, we offer a wide range of services to provide maximum efficiency for our clients.

Copper Prices Continue to Fluctuate in the Face of the Global Economic Slow...
Scroll to top