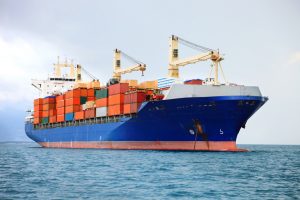 After what felt like an eternity of depressed scrap prices, July’s pricing increase was long overdue. As we plod through the dog days of summer, the industry’s attention turns to August. The question on everyone’s mind is will July’s momentum continue in August? It is our opinion at B.L. Duke that while we will not see the price increases realized in July, we do not anticipate a contraction. B.L. Duke’s President, Lou Plucinski, forecasts August’s scrap market movement as “strong sideways.”

July’s increase was driven by classic supply and demand factors at work in the domestic scrap market. August’s prices will be supported by factors outside of the United States. Even though domestic scrap metal demand may have slowed, the downward pressure will be alleviated by an active export market. According to an American Metal Market article China began to accelerate US scrap imports a few months ago, “Buyers gradually returned to the market in late May after international scrap prices had been falling for almost three months, market participants told AMM sister publication Steel First.” West coast exports have benefited from consumers turning away from Japan and favoring U.S. scrap to meet their needs. In the American Metal Market article West Coast ferrous scrap prices rally, they cannot determine why consumers have returned to U.S. markets but explain why they left originally. “In addition to the sales to China, one consumer in Korea opted not to engage in the Japanese scrap market and turned its attention to U.S. scrap, sources said. Korean demand for U.S. scrap plummeted over the past few months after a change in the value of the Japaneses yen made Japanese scrap far more viable.”

On the east coast, the United States’ largest scrap importer Turkey has not been left out of the action. “Although several mills in Turkey opted to book seven European cargoes this past week, three different mills reportedly fixed cargoes from a single U.S. exporter,” stated American Metal Market article, Export prices to Turkey jump $10 per tonne. If the U.S. dollar continues to weaken against the Euro we may see Turkey slow their purchases of European scrap in favor of U.S. imports.

Upon examination of the domestic and international scrap markets, B.L. Duke strongly believes that prices will remain flat. While we had hoped that prices would continue to rise we are pleased that July’s price increases will hold. For scrap metal pricing and additional market information please contact us at B.L. Duke.

About the Author: Jim Schulte