Shortage of Skilled Workers Across the US

Shortage of Skilled Workers Across the US 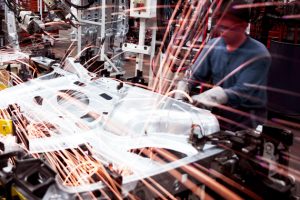 This so called “shortage” could be due to a variety of different reasons. One of these reasons may be that even though companies are reporting they are hiring, they do not want to hire more employees in a slow economy. Another reason for the shortage of workers is the fact that many companies have cut training programs. However, no matter the reason for this shortage, we need to promote the training of the next generation in order to supply the demand of skilled workers. Sirkin also discusses that “The average age of a highly skilled U.S. manufacturing worker is 56”. Meaning, if there is a shortage of skilled workers, wages would increase and companies would fund training programs again. All in all, hopefully the industry will start to see an increase in manufacturing in the United States sooner rather then later! For more information on manufacturing in the United States, contact B.L. Duke today!