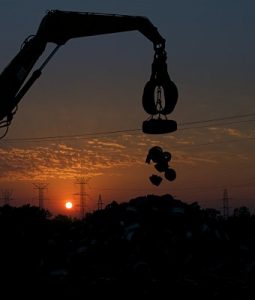 Contrary to early reports January’s scrap metal market was flat from December and it has been fairly unchanged since November of last year.  Early predictions indicated that Chicago’s scrap metal market would be flat to up $20/gt in January.  According to Sean Davidson, author of  “Chicago scrap trade kicks off at flat levels” published in today’s American Metal Market, most mills booked their orders at prices that were sideways from last month.  Davidson points out that the river problems, stable market demand and stable supply contribute to the flat market.

According to the article, most suppliers with large presence outside of Chicago were reluctant to sell at first but came around and accepted the flat market.  Some suppliers, however, are holding out for better number.  They feel that the mills will need to increase their prices to fill their orders.  Contact B.L. Duke today for current scrap metal prices and updated market information.