Last month, we had the opportunity to attend a Technology and Manufacturing Association (TMA) event featuring Harry Moser, president and founder of Reshoring Initiative .  Moser started the Reshoring Initiative to encourage companies to “reshore” and bring manufacturing jobs back to the United States, where they first started.  His talk focused mainly on the benefits of reshoring, why the Total Cost of Ownership (TCO) calculator is key component when making decisions regarding production or manufacturing, and what mainland companies can do to recruit more people to reshore.

Harry Moser, a well known name in the manufacturing industry, graduated MIT with a BS in Mechanical Engineering and an MS in Engineering.  Proceeding MIT, Harry went on to earn his MBA at University of Chicago.  GF AgieCharmilles, a machine tool supplier, was another stop in Harry’s career, starting as President in 1985 and retiring as Chairman Emeritus in 2010.  In the same year, Harry was inducted into the Industry Week Manufacturing Hall of Fame.  Other than Forbes, USA Today, Wall Street Journal and such places, Harry can also be found in Quality Magazine where he is named 2012 Quality Professional of the year.  Moser’s success and ambition landed him the opportunity to participate in President Obama’s Insourcing Forum in January 2012.  In January 2013, he won the Economist debate on outsourcing and offshoring, followed by receiving  the Manufacturing Leadership Council’s Industry Advocacy award just one year later in 2014. With President Donald Trump in office and his goals increase the amount of manufacturing jobs in the United States, we foresee Harry’s Reshoring campaign to be nothing shy of a success. 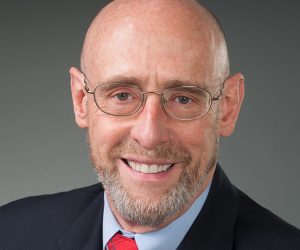 Reshoring (backshoring, insourcing) can be simply defined as bringing the manufacturing and assembly of products back to the United States.  Harry spoke about the many benefits to reshoring, especially emphasizing on localization, producing near the customer.  Making the product in the same place it is assembled, reduces overall costs and lead time. The margin for error only increases when product design and production are separated.  By unifying all teams to work together, including design engineers, mechanical engineers, production and assembly, we are optimizing the efficiency, consistency, and quality of the final product.

Offshore wages are not what they used to be, and steadily on the rise.  Labor wages in China are now four times higher than years past, making the decision to reshore that much easier.  Workers are more motivated when their jobs are being kept within the United States.  Reshoring takes away the fear of losing jobs due to outsourcing.  Also, when products are produced in the U.S., inventories are kept lower for a better turn around, overall leading to more capital. Responsiveness to customer demands is also met at a more timely matter when all parts of production reside in the U.S.

One major point Harry touched on was the benefits of the TCO Calculator (Total Cost of Ownership Estimator), which can be found on the Reshoring Initiative website.  This resourceful and free tool allows companies to enter their own data for a customized outlook on the total cost of their company’s product from start to finish.  With the correct data, this tool is able to compare the costs of products made and purchased in the United States versus countries such as China or Turkey.  Price typically falls into one of the main factors when making company wide decisions.  When used correctly, the TCO calculator often catches many miscalculations and pseudo cost savings that lead to offshore purchasing.  The point behind this tool is show companies that purchasing material and manufacturing over seas is not always guaranteed the best quality or bang for your buck. 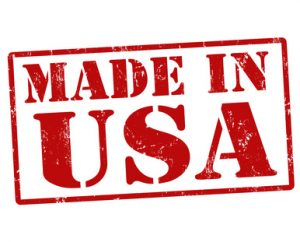 President Donald Trump wants to “Make America Great Again,” while Harry Moser would like to “Make Manufacturing Great Again.”  Reshoring is the fastest and most efficient way to strengthen the U.S economy.   There are numerous benefits to reshoring, that it almost seems silly not to.  It helps reduce and balance trade and budget deficits.  It reduces unemployment percentages by creating numerous manufacturing jobs, which also helps reduce income inequality.  When products are manufactured in the United States we are  improving the national image.  What a great feeling you get when you see “Made in USA” on store bought products.

The plastic industry and medical device industry have already taken the lead on reshoring, setting a great example for manufacturing.  The last part of Harry Moser’s talk was informing us on how to get manufacturing companies to reshore.  When hiring, instead of using the word “trade” to describe a job or position, call it a profession.  Also, do not use the term “middle skills,” instead use technical skills.  Advise companies to use the TCO calculator to avoid pseudo cost savings that outsourcing advertises.

More manufacturing in the U.S. means more scrap metal!  B.L. Duke supports reshoring and encourages you to too.  For more information on getting involved in reshoring email us at [email protected] or call us at 773-778-3000.